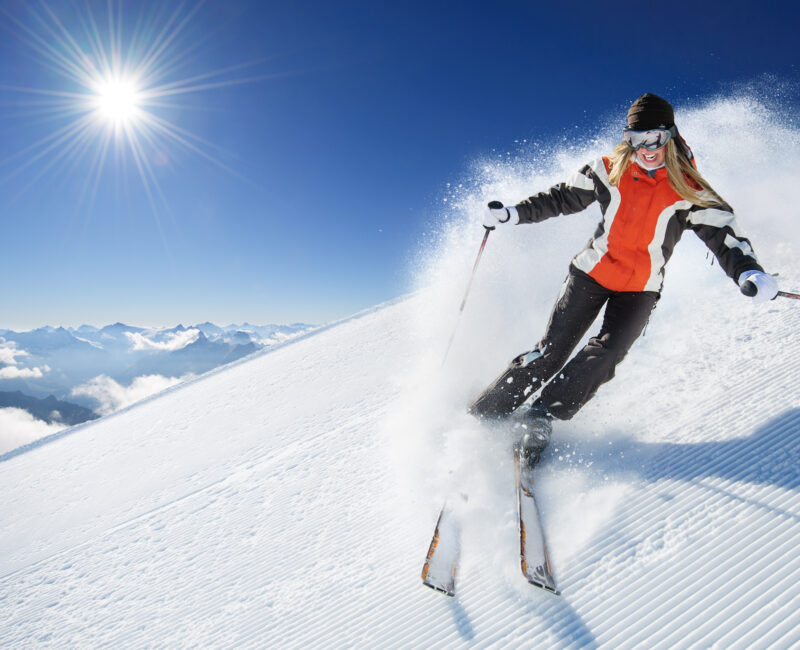 Are We Going Skiing This Winter?

With the vaccine on the horizon, hopes rise for the ski season. 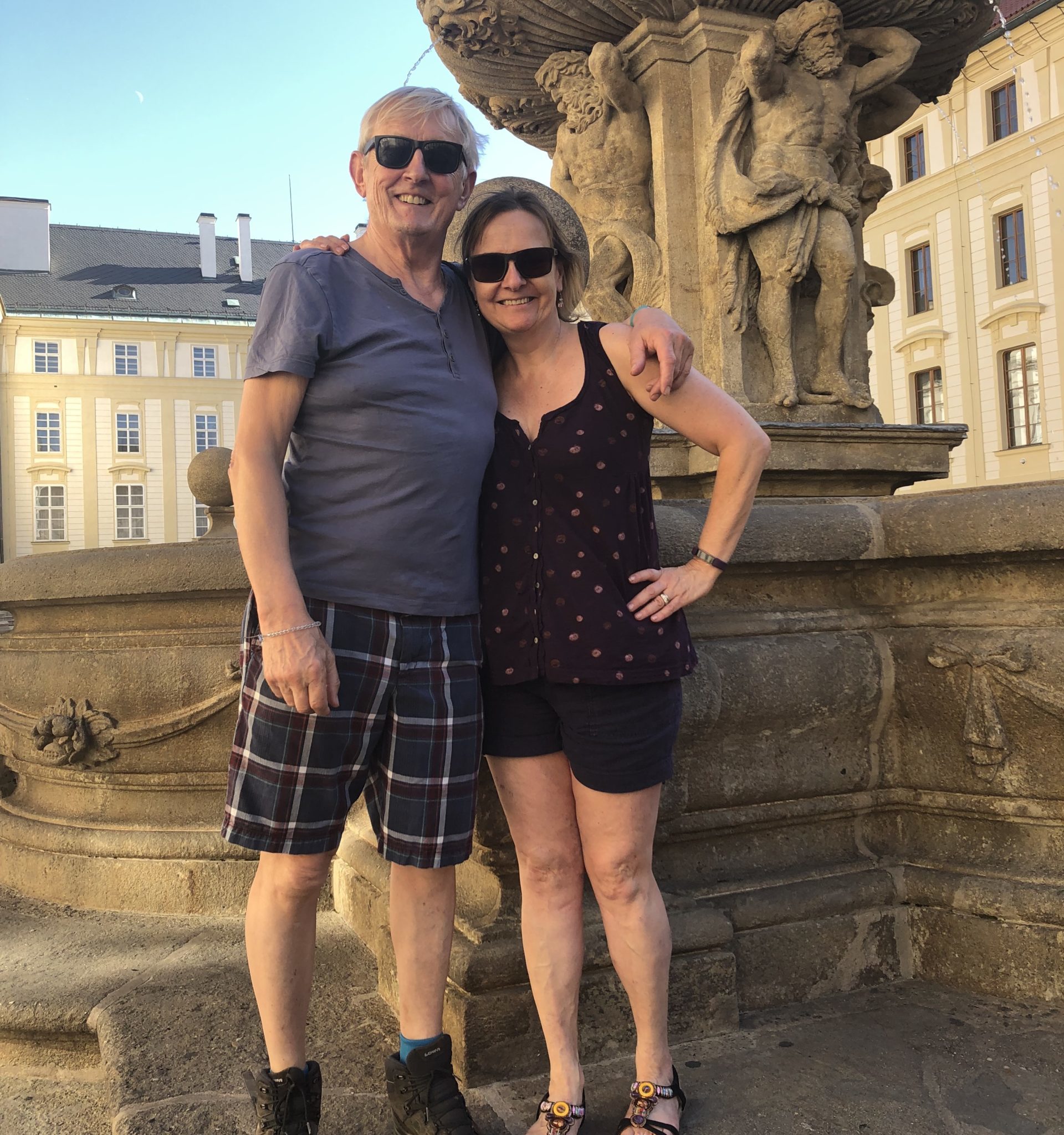 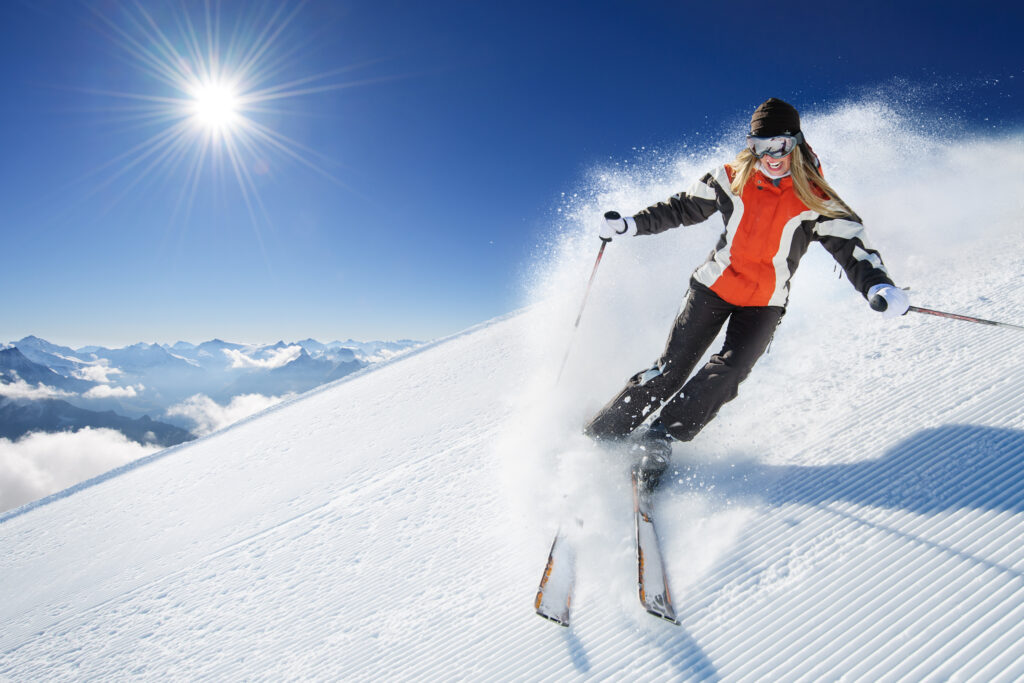 Welcome to our travel podcast. We’re specialist travel writers and we’ve spent half a lifetime exploring every corner of the world. So we want to share with you some of our extraordinary experiences and the amazing people we’ve met along the way.

Whenever I mention that I write about skiing for a living and that I’ve been to more than 550 resorts  I always get asked the same question. Which is the best one in the world? Best for what? Best for steep and deep? Best for beginners? Best for scenery? For nightlife, for price, for restaurants, for hotels?  The list is endless, but the actual answer, for me, is quite simply: The best ski resort in the world is the one where you’re standing on top of a mountain at 10 o’clock in the morning.  The sun shines from a perfect blue sky, ice crystals dance in the air and there’s half a metre of fresh dry powder underfoot. Also you’re with someone you love, or in the company of close friends…oh…and…lunch looks really promising.

So are we actually going to have a ski season at all this winter? You bet we are. Obviously there are going to be difficulties, but if you’re determined enough and can cope with social distancing and mask wearing in the lift queue, then go for it.. Gliding down that slope on a bluebird day in a foot of fresh powder is the fulfilment of summertime dreams.  This season, as to exactly where you go for it, is not quite so straightforward…that depends on where you live and to where you’re allowed to travel.

If your home is in North America, the problems are minima it appears….in fact the US and Canadian ski industries appear to be running pretty much near normal at the moment – although obviously the absence of non-domestic visitors will surely hurt hotels and lift companies.  Wolf Creek in Colorado won the Rockies race to open as early as October 28, while mainstream Keystone followed on November 7. In Canada, Lake Louise and other resorts are up and running on schedule. 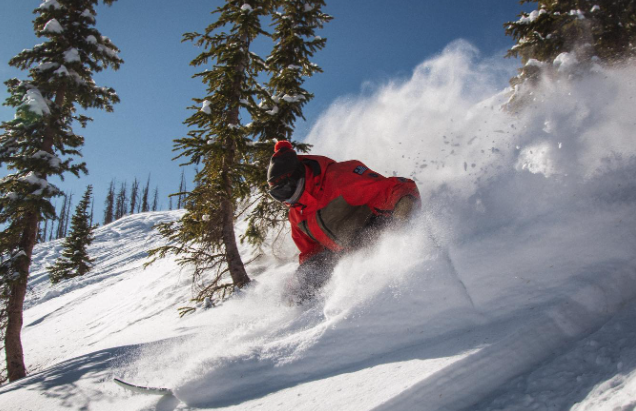 However, if you live in Europe it’s a lot trickier, with lockdowns across vast swathes of the Alps. But don’t despair.  Psychologically at least, the impending arrival of the first vaccine is painting a rosier picture by the day. Probably neither of the front-running vaccines will fully rescue the first half of season. But it’s a positive development is a victory for hope over uncertainty, and the result for that is fresh interest in booking holidays. You need to cast aside most of the doom-laden stuff that you read in the newspapers and see on TV in Britain and on line – about the collapse of the approaching ski season before it has even got into first gear.

The European season kicked off, as it often does, with a flurry of autumnal storms across the Alps. This produced pretty sensational snow cover at high altitude. However, those of us who track early snow data year-on-year know that all too often this proves to be a false dawn. It doesn’t always last. For a very long time, more years than I care to admit to, I’ve been monitoring the run-up to the season in both Europe and North America.

For example, I can remember winters in snowsure Val d’Isère where I’ve spent an hour digging out my car on November 15 in order return, with some difficulty, on the roads to Geneva and then fly on to London…only to return a week later and find balmy sunshine and green grass instead of snowdrifts.  It’s the way of the Alps. More snow, inevitably, will arrive soon enough. But of course, this winter we have much more than climate worries with which to contend.

Right now we’re being told in Europe that some resorts are opening in near perfect conditions only to be forced by governments to close again because of the health threat, while others – well, in Switzerland anyway – are carrying on regardless. The ski season is essentially doomed, we’re told, because of Coronavirus. That’s a load of nonsense.

The first thing you need to realise is that very few people indeed in Europe – apart I guess from me, a few passionate enthusiasts and dedicated racers and other professionals – go skiing in November at all.  Way back when, almost no resorts opened before the second half of December.

Nowadays, a handful of high-altitude resorts flex their muscles with early openings, but the pistes, the trails , and indeed the hotels and chalets remain virtually empty until the week before Christmas. This year’s no different…..except that high-profile resorts such as Val d’Isère, Tignes, and Val Thorens and others have had to delay their opening parties because of Covid lockdown across most of Europe. But don’t worry; my forecast is that they’ll soon be back in action – hopefully before the start of the Christmas and New Year holidays.

But, and it’s a big but, much depends on infection rates in the Alps. The Savoie region of France, home to a host of resorts like Courchevel and the Three Valleys is particularly hard hit. Will the governments – local and federal – of France, Austria, and Italy have the nerve to let resorts open before the holidays? A number of British tour operators have chosen not to run any holidays before January.  The balance between health and crucial economic factors will weigh heavily on the shoulders of government figures. I mean, if I was Emmanuel Macron or Austrian chancellor, Sebastien Kurz, I’d think about it very carefully indeed.

Last March resorts like Ischgl in Austria, Cortina d’Ampezzo in Italy, and Verbier in Switzerland acted as petri dishes for spreading the virus.  But resorts argue persuasively that the strict health measures they have since developed both on and off the mountain reduce risks to a minimum. Apres-ski, of course, is a casualty – it’s– simply not going to happen. Table dancing is strictly taboo. You can ski, but you can’t party – much. Well, you can’t have everything.

So if the governments shortly decide to ease travel restrictions and the length of quarantine periods, what’s to stop me grabbing my boots and immediately jumping on a plane in December to the Alps…. or anywhere else? Well, first of all Brits and many other nationalities are not welcome at the moment in the US and in Canada, and the same applies in reverse. Intercontinental skiing remains on hold.

You guys over in the Rockies can get to ski pretty much as usual. But here in Europe, the biggest stumbling block is the requirement to quarantine on return to your home country. For us Brits at the moment that’s 14 full days of self-isolation.  For the vast majority of us that’s just too long – you take a week off work for a holiday and then have to isolate for another two. This also makes family holidays with school age children completely impossible.  However, there are now positive signs that the UK government may cut this period in half if combined with a negative virus test. 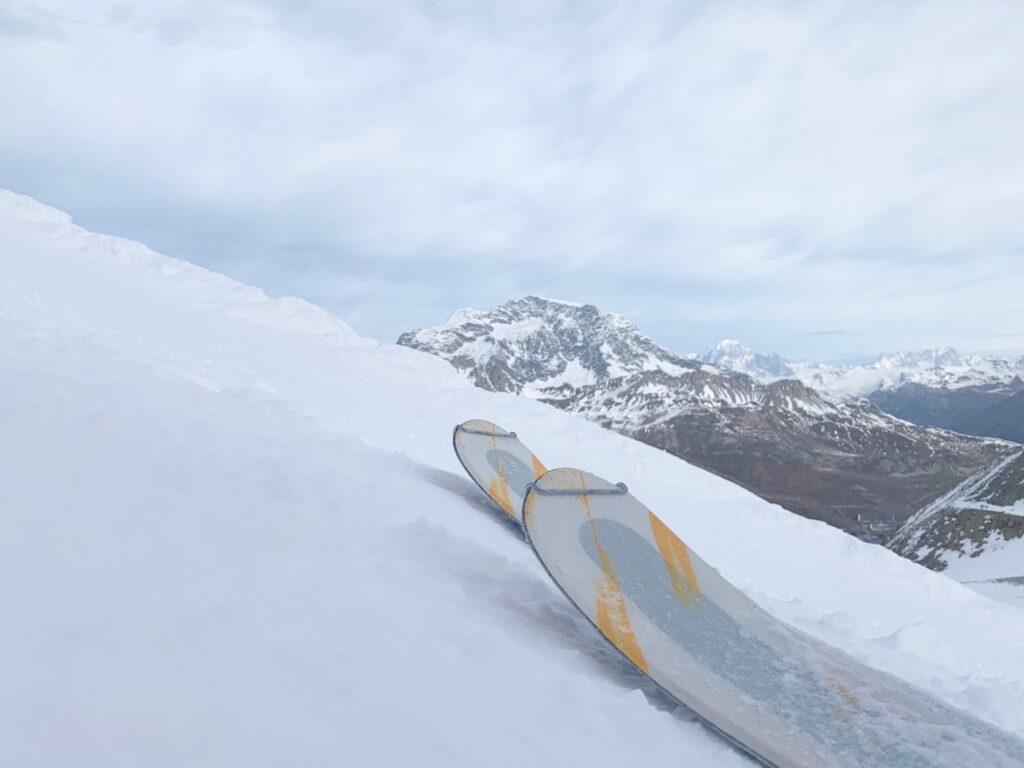 I estimate the number of available ski package holidays on offer in Britain is down by as much as 80 per cent.  So when restrictions are eased, as well they might be in December or early January, there’s going to be a rush to book. Finding accommodation may not be so difficult, but travel is quite another matter. Airlines will reintroduce flights on the key hub routes, but don’t expect low prices. They’ve lost a lot of money already. UK operators such as Le Ski, VIP and Skiworld, who are still running charter flights to the French Alps, will be heavily in demand.

if you’re a British skier or snowboarder you also have to check out your insurance situation.  If, against current Government advice, you visit any country such as France, Austria, Italy, and Switzerland nearly all insurance policies will cease to be valid. The one exception is a policy offered by MPI, but even that doesn’t cover you against anything Covid-related.

Yes, when you buy your lift pass in France you can take out Carré Neige insurance for just €3 a day. That covers mountain rescue and snowsport injuries – even repatriation. But, I see this as an essential extra. For the price of cup of coffee, you get peace of mind that if the worst happens and you get hurt your rescuers won’t demand a credit card before they’ll lift you onto a blood wagon or into a helicopter. But what if you fall over in the street, have a heart attack, or even a car crash on your way to the Alps? 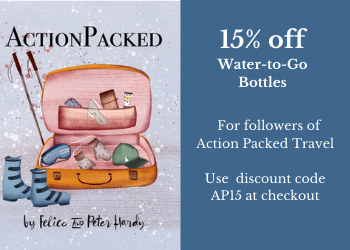 Until the end of December, EHIC – the European health insurance card – covers most of your medical expenses and a hospital stay…but, in case it has escaped your notice, the UK has now left the European Union and, as things stand, there is no reciprocal health care agreement with 27 of our neighbours from the New Year. Ignore this at your peril – the cost of personally picking up the bills for mountain rescue, a stay in hospital and a flight home runs into many thousands of pounds. Without proper insurance, any collision involving injury could bankrupt you. Get the right insurance and go skiing. Stay safe.

People often ask me what drove me to spend my life and much of my career tearing down mountains on skis. Is there is single factor that’s so enjoyable?  No, there’s lots…but there’s one that stands head and shoulders above the rest. It’s very simple and it’s what makes skiing such a delight both mentally as well as physically.

When you’re actually skiing going down a mountainside…it doesn’t matter whether you’re a beginner or an expert or anywhere in between, the only thing that you think about is your next turn.  The bank manager, your boss, your mortgage, relationship problems, your children, your dogs…none of these thoughts can cross your consciousness. In these stressful times, skiing to me is more important than ever – which is why you’ll find me in the mountains once again this winter – even if I have to walk up them before I can ski down them.

Felice That’s all for now. If you’ve enjoyed the show, please share this episode with at least one other person! Do also subscribe on Spotify, i-Tunes or any of the many podcast providers – where you can give us a rating. You can subscribe on Spotify, Apple Podcasts or any of the many podcast platforms. You can also find us on Twitter, Facebook and Instagram. We’d love you to sign up for our regular emails to [email protected]

We’re now selling Action Packed Travel T-shirts in 5 different colours, all sizes, with our logo on the front. Find out more by clicking this link: Bonfire.com 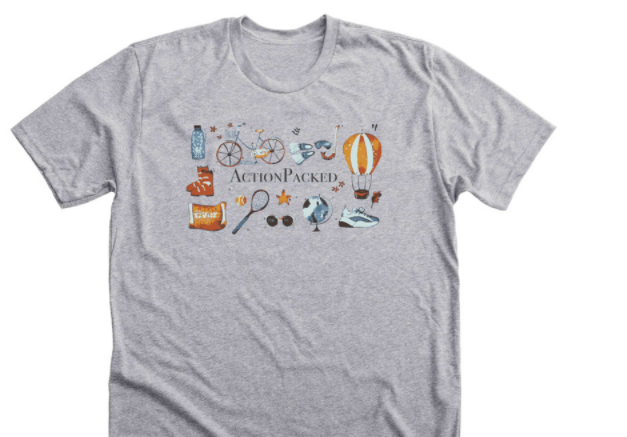 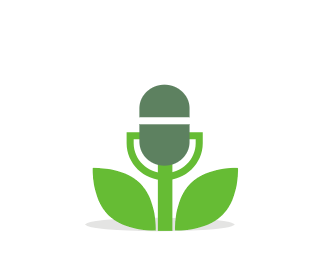